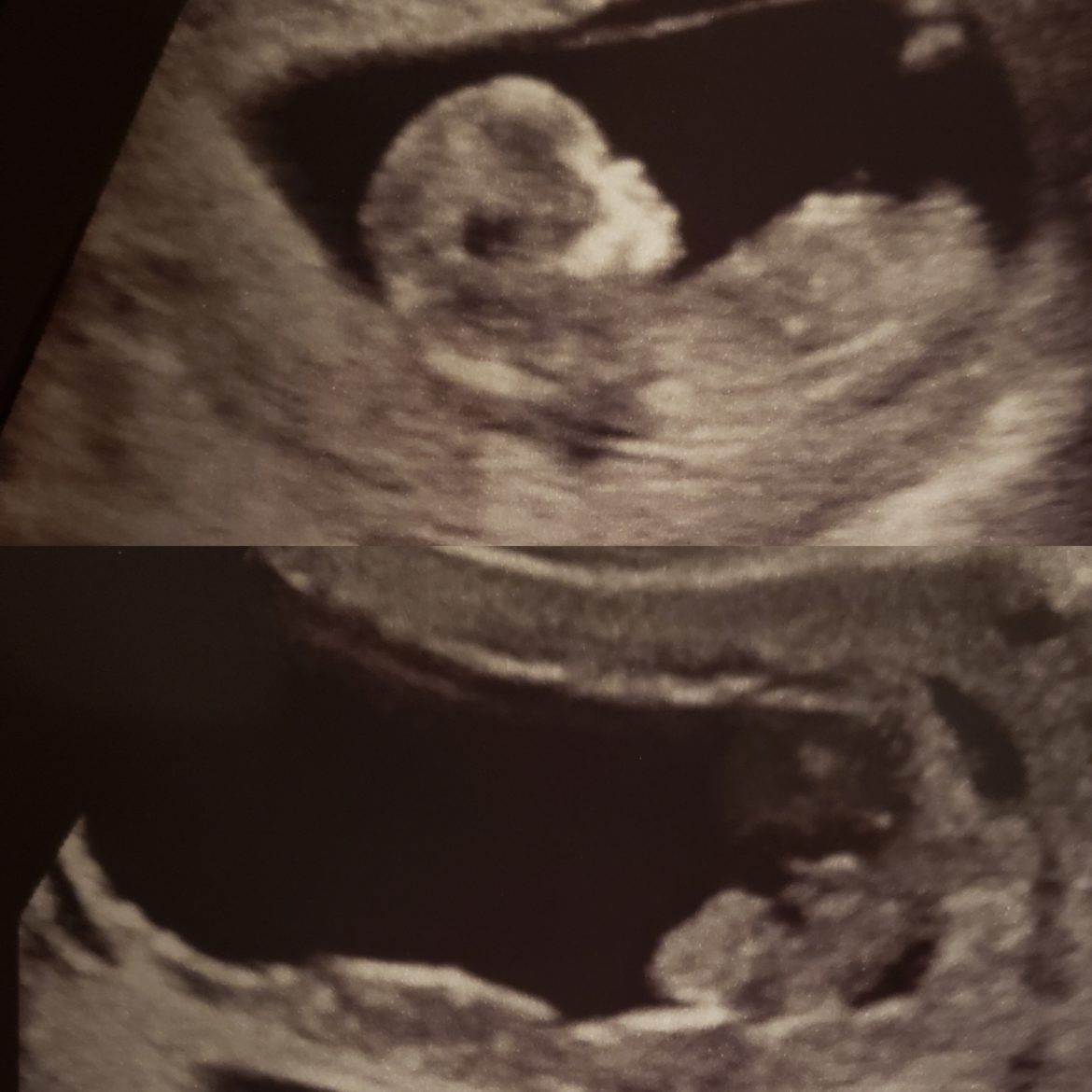 I announced a few weeks back that I was expecting my fourth set of twins. It will now be my first singleton, God willing.

Only baby A had a heartbeat. Baby B measured about eight and a half weeks and had no heartbeat, no telltale flicker on the ultrasound screen. This is my second miscarriage. The first was last September and happened around the same gestational age. That baby would have been born about now.

Miscarriage is something that I know is common, but I never considered that I’d experience it personally despite my history of infertility. For whatever reason between Jeff and I, I couldn’t conceive a baby. Carrying one (or two) has never been a problem until now.

After IVF, miscarriage is a somewhat different experience, I think. It’s a little more systematic, like everything seems to be with assisted reproduction.

Before embryos are frozen, the lab grades them based on visual appearance for development stage, growth of cells that would become the baby, and growth of cells that would become the placenta. For example, my highest quality embryos used in my first frozen transfer were 4BB and 4BB. After thawing and before transfer, one degraded to 2CB. So, the doctor transferred a 4BB and a 2CB.

My most recent transfer used a 3CB and a 4CB–both slightly higher grade than one of the embryos that became my oldest twins. You can see where the grading is not deterministic. However, starting from a lower grade means that if the embryo degrades further, it may become even less viable or that for some reason internal to the embryo it just doesn’t develop quickly or correctly. The one letter difference doesn’t seem like much, but it can make a big difference in the chance that it will survive to birth (or even second trimester).

In some ways it was useful to experience a complete miscarriage before losing a twin. It’s easier for me to deal with losing one when I can still look forward to welcoming one baby in October.

Miscarriage: all is lost

Last fall I was already sad when I found out only one embryo had survived at six and a half weeks. Then by my appointment around ten weeks I found out that the remaining embryo had also died. I’d lost the entire pregnancy and all the hope that went with it when I miscarried. My biggest comfort was moving forward and having a plan.

Progress was frustratingly slow. Aside from emotional healing, it took my body more than four weeks to bring HCG back to zero and another three weeks to start a new cycle. By that time I couldn’t proceed with a new transfer cycle because the IVF clinic couldn’t fit my schedule in before Christmas.

Also, the vacuum aspiration procedure I underwent after my miscarriage last fall was no fun at all. I’d rather never do that again.

Vanishing twin: one lost, one thriving

This time I obviously don’t need any procedure to remove “products of conception,” as it is called in sterile medical terms. Moving forward is still my greatest comfort and it is much faster. There’s still a baby growing inside me! I don’t have to wait for a new cycle or to fit into the clinic’s schedule (or wait for a certain pandemic to subside.) I just continue on with my life and grow the remaining baby.

Now, it might not be that simple ultimately. I have to go back to maternal fetal medicine in a few weeks so they can check that baby B is being reabsorbed as expected. There is some chance that it isn’t. The doctor mentioned a small chance of a partial molar pregnancy for baby B, too. I’m ignoring that for now. It does me no good to think about it. My focus is on hoping and praying that the remaining baby stays healthy.

Each embryo transfer costs $4000. When it completely fails, it feels like $4000 wasted. It also feels like a wasted opportunity. I’m sure it would be even more devastating if I had only a handful of embryos and saw my chances of having one or two kids dwindling. I feel like I somehow failed. Logically, I know that I cannot control the outcome, but logic only carries the heart so far.

I don’t think there is an analog to this financial strain or limited supply of embryos in a naturally conceived pregnancy. Please correct me if I’m wrong.

It’s much easier to find a silver lining when I can still look forward to one baby. In many ways, it will be much easier.

My pregnancy got noticeably easier around 11-12 weeks, probably about the time that HCG from baby B had dropped enough to stop giving me an extra helping of first trimester nausea and fatigue. I’ve also had less acid reflux than in prior pregnancies. I expect that this trend of all the unpleasant side effects of pregnancy being lessened will continue.

In that case, my summer and fall just got easier. I should be more mobile for longer and able to work in our (planned) garden more. My belly should be much smaller. Maybe I’ll even go into labor naturally and avoid using pitocin. That would be nice. I’ve heard that natural labors are often much gentler than induced labors.

Once the baby is born, I only have to tote around a single newborn. With twins, I either have to carry two car seats, take a stroller everywhere, or strap them both to the front of me. If I put them both in my Weego carrier, I can’t reach around them to do much of anything for the other kids. One baby will be relatively light and tiny. I probably won’t even need a stroller or car seat in some cases. Well, except that we’ll be entering cold and flu season and cold weather. I really like my car seat covers during that time.

Despite all of this, I would have welcomed the extra hassle and lost sleep of having twins again if I could chose to not lose baby B.

My appeal to you

If you can, please say a prayer for my remaining baby’s health and for embryo survival and health in my two remaining transfers. If your not the praying sort, I’ll take crossed fingers, “good luck,” or your favorite well wish.